It may not feel like it with the unpredictable weather, but summer is now well and truly upon us. This means that come rain or shine, there are a whole host of brilliant events coming up across the UK for everyone to enjoy. Whether you prefer music festivals, camping out or sporting events, there certainly is something for everyone. Here is a round up of some of the best events coming up in the next couple months. 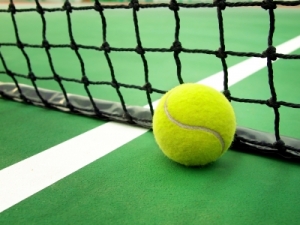 Monday 24th June saw the start of the famous and popular tennis competition, Wimbledon. Running right through until the 7th July, spectators can watch the matches from the comfort of their home on the television or even get tickets to see the live events. It’s no wonder that Wimbledon is so popular, it is  the oldest tennis tournament in the world and is widely considered to be the most prestigious.

With tickets always selling out within hours of going on sale, Glastonbury is by far the most popular festival in the UK. Taking place on the 26th – 30th June, this year the line up promises to be one of the best yet. With acts like the Arctic Monkeys, Rolling Stones, Primal Scream, Dizzee Rascal, Jake Bugg, Smashing Pumpkins and many, many more there is definitely more than enough choice for attendees. For the unlucky people who didn’t get tickets, why not get a group of friends together, have some drinks and watch it on TV? You can even set up a group on Eventility to make planning and communication simple and effective.

The Grand Prix heads to the UK from the 28th – 30th June this year and as always, it promises to be a thrilling weekend. Formula 1 fans can choose whether to get tickets for the whole weekend which will include testing and qualification or just for the big race itself which will take place on the Sunday.

Every summer, Henley-on-Thames comes to life during the Royal Regatta and this year the event will take place from the 3rd until the 7th July. First held in 1839, the Regatta is a unique rowing event that comprises of 100 world-class races over five days. With the opportunity to see some of the Olympic stars battling it out in beautiful surroundings, the event has long been popular for both corporate and social entertaining.

From the 3rd-14th July 2013, music lovers can enjoy high-calibre performances, magnificent venues and a huge variety of music at the Cheltenham Festival. With excursions into world music, film, dance, visual arts and the spoken word, this musically centred cultural banquet has very few rivals in the UK when it comes to such high standards.

If you want to set up an event, club, group or community this summer, why not do so through Eventility? With everything you need in one easy to access place, it really couldn’t be easier.